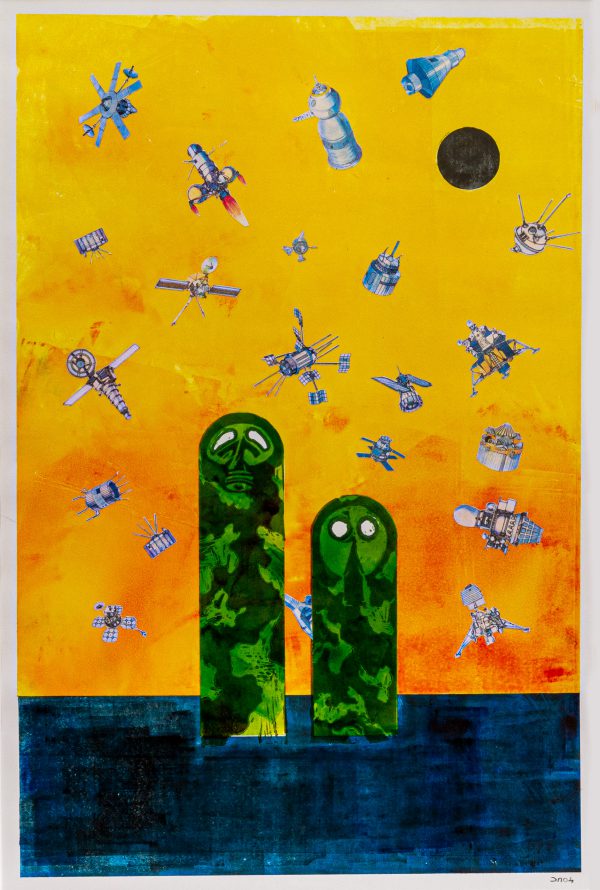 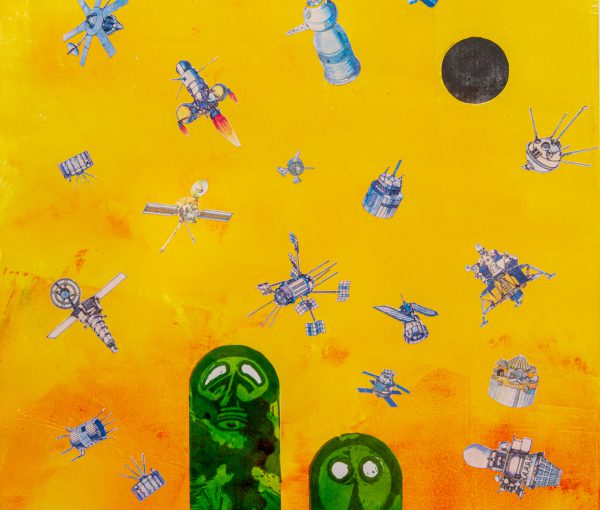 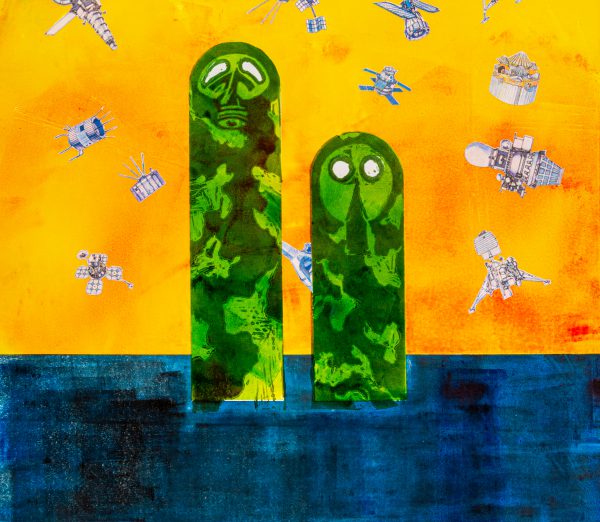 The image reflects a utopian sense of life about the conditions after the destruction of the Earth. After evaporation and the atmosphere disappearance, the satellites became crystal clear, and the homogeneous sky has become golden from the Sun. The black, disk-shaped celestial body can even be interpreted as the Sun, recalling assumptions about its cooling. The dark-colored celestial body, interpreted as the Moon, can evoke the constant presence of our permanent stellar companion. There are no more plants or trees on Earth; all life-giving creatures are gone. There are only two survivors left waiting for their fate in protective, camouflage suits and gas masks. The relationship between the figures is indecisive, an interpretable love affair, but even a father-son or mother-daughter family relationship can exist between them. Survivors without any future look forward with concern to the coming days and months. They don’t know what happened around them, but they are aware of the responsibilities of themselves and humanity. In addition to the figures made as linocuts, I used an assembly technique. I cut the satellites out of a science book for children (Diver PocketBook) using painting techniques.

Artwork is available on Foundation